The Benefits of Lactic Acid Bacteria 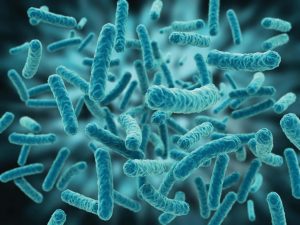 Lactic Acid Bacteria (LABs) are used as ingredients in food processing and are also used as sanitizers in food processing facilities. Some of the most common LABs include the Lactobacillus and Bacillus genus. Some species include casei, delbruekki, plantarum, fermentum, and subtilus. All of these species are well-known in the food industry and are Generally Recognized As Safe (GRAS). They are also the most commonly used microbes in probiotic dietary supplements. They are soil-borne facultative anaerobes, meaning they need some oxygen, but not much. They are mostly found in the first 6 inches of soil and are known as fermenting microbes as they are used to ferment foods.

Fermentation is a process where microbes are added to some type of sugar and placed in a closed container. The microbes eat the sugars, digesting them and excrete metabolites into the solution (liquid or solid). Many 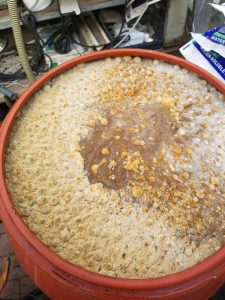 companies have found targeted uses for these metabolites and extract the metabolites after fermentation, package them, and sell them at a high cost. The microbes are then freeze-dried and sold as a probiotic.

One thing that must be understood about microbes is how they are produced and maintained. The majority of products on the market are powdered or freeze-dried. The freeze-drying process causes damage to the microbes, resulting in 90 to 95% die off. This means, even though colony counts are high, only 5 to 10% of the microbes are actually alive. This is especially important once one understands the roles of metabolites, how they are produced, and which ones are produced by which microbes. Metabolites include vitamins, organic acids, amino acids, enzymes, co-enzymes, and bacteriocins. These metabolites are natural pesticides produced by the microbes and can help suppress molds, other microbes, and sometimes even insect pests.

Lactic Acid Bacteria produce lactic acid from sugars and other carbohydrates that are used as food sources during normal metabolism. Food and drinks such as yogurt and pickles have been made with LABs for thousands of years. Lactic acid is a strong sterilizing compound that suppresses harmful microorganisms and enhances decomposition of organic matter. LABs promote the fermentation and decomposition of material such as lignin and cellulose, thereby removing undesirable effects of non-decomposed organic matter which can putrefy and release gasses like methane and ammonia that are toxic to plants. In soils lactic acid has the ability to suppress disease-inducing microorganisms including the mold Fusarium, which occur in continuous cropping programs. Under normal circumstances, species such as Fusarium weakens crop plants, exposing the plants to diseases and increased pest populations such as pathogenic nematodes. The use of LABs reduces pathogenic nematode populations and controls propagation and the spread of Fusarium, thereby creating a better environment for crop growth.

In soils, these probiotic microbes co-exist with other beneficial fungi such as mycorrhizae that are known to attack several pathogenic fungi including fusarium, and also become food themselves to other organisms such as worms. Not only are the organic acids effective as pathogen controls, so are the bacteriocins that are produced. Bacteriocins are specially designed enzymes that will attack pathogenic organisms, helping the LABs change the environment to establish them. These are just a few reasons why LABs are considered the front line of defense for probiotic farmers.

LABs can be mixed in water and some fertilizer and applied directly to soils as well as sprayed on plants throughout the growing cycle. It is best to apply a probiotic on a regular schedule. For instance, spray once per week throughout the growing season and run in irrigation once per week. For best results on spraying, mix with a sticker/spreader such as calcium lignosulfonate.

Eric Lancaster is Executive Vice President of TeraGanix, Inc., the exclusive North America distributor of the Original Effective Microorganisms® and EM® Bokashi products. You can visit their website at TeraGanix.com.

The History of Sub-Irrigated Planters and Why You Need One