Home Remedies from Pest Control to Leaf Shine for Houseplants 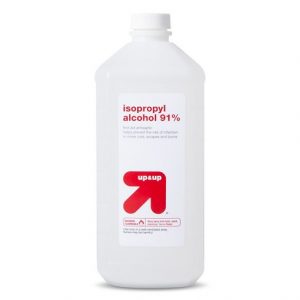 A lot of folks are big believers in trying to be as “organic” as possible when controlling ailments in their plant collections, or just trying to spruce them up. We strongly recommend against preventive use of insecticides and fungicides, as there is a fairly strong tendency to breed resistant strains. Instead, we suggest that you take the time to carefully inspect your collection, and treat problems as soon as they arise.

Below are a number of home remedies – concoctions that come highly recommended, but please remember that you’re using them at your own risk, and that of your plants, and that I can take no responsibility for the outcome.

Your choice of home-made insecticide should be based upon what you’re trying to eliminate. 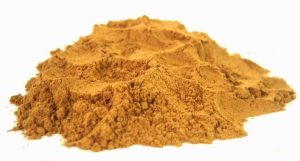 Those of you who frequent the internet orchid forums know of my “crusade” for the use of cinnamon as a fungicide. I’ve done a lot of digging, and it turns out that the chemicals in the bark have all sorts of medicinal applications (I’ve even cured athlete’s foot with my alcohol extract!) Choose the consistency that is best for your situation

Place one cup of whole ground cornmeal in an old sock or panty hose leg. Tie a knot in it to contain the meal and place it in the water tank for the cooling system. The algae will dissolve in a few days. Note: I have no idea if this methodology can be used for algae growing in pots.)

Spray full-strength household vinegar on weeds, repeat daily as needed. This is not to be used for weeds growing in the pots of your other plants, but is good in driveways, walkways, the greenhouse floor, patios, etc.

Add one ounce of household chlorine bleach to a gallon of water and spray on utensils, benches, even your plants to control a wide variety of pathogens. It even helps control algae.

If you live in an area where the water has a fair amount of dissolved minerals, or if you mist with a fertilizer solution, the leaves of your plants can become dull in appearance. Folks may warn you that these treatments can clog the pores (stomata) on the leaves, but I’ve never seen a problem.

Fermented Compost Tea – take one- to two cups of some really well-composted organic matter (the stuff at the bottom of the pile), place it in a cloth bag (an old sock will work), and immerse it in a gallon of water at room temperature. Let it stand overnight or longer until you have a dark liquid. Remove the “tea bag” and let the container sit outdoors for about two weeks. Remove the scum that forms at the surface, filter the liquid and spray. Supposedly, this brew will be loaded with bacteria and other microorganisms that attack pretty much all of the fungi and diseases that harm plants. (It has also been suggested that the unfermented brew from above, once diluted to about 20% in water, is as close to the food source an orchid sees in nature as you can get!)

Crown rot is caused by letting water sit in the folds between leaves, resulting in a bacterial or fungal infection, or even both. Prevention is the key, so water or mist early in the day so the stuff has time to dry by nightfall. If you do get a case of crown rot: