You are probably familiar with the need to presoak organic potting media components like bark, as it “opens up” the structure to allow it to absorb and release water and nutrients better, but why would you need to do that with inert media? We certainly are not going to physically change the structure by thoroughly wetting them, so is presoaking inert media really necessary, and if so, what’s going on?

In response to the “Is it necessary?” part, the answer is “Yes, absolutely”. As to the “What’s going on” part, let’s look at the physical structure of the LECA particle:

While there are many variations in the marketplace, for this subject, we can generally think in terms of three parts of the particle they all have in common – the surface and its porosity, the pores in the interior and the walls that separate them. Let’s start by looking at the production process and how it can affect them.

In the production of clay-based ceramic bodies, various additives may be mixed with the clay to allow easier manipulation during blending and forming, to give the body “green” strength, so it will keep its shape before firing, and in the case of pellets, to allow the clay particles to stick to each other and grow, sort of like rolling a snowball to build a larger one. Additionally, “fluxing agents” may also be added to reduce the melting point of the ceramic, allowing it to be fired at a lower, less-costly temperature.

If too much fluxing goes on – too much was added or the firing was too hot – more of the clay melts and forms a glass, making the ceramic body stronger, but reducing the porosity. How rapidly the particles are cooled after firing can also play a role, as rapid quenching causes the formation of microscopic cracks in the ceramic, through which liquids can pass.

With those things in mind, let’s look at a wetting scenario:

Upon initial immersion in liquid, the surface pores become filled pretty much instantaneously. In order for the interior pores to do so, the liquid must pass through the cracks and “micro-pores” in the walls that separate them. Depending upon the size of those “micro-cracks” and micro-pores, and the thickness of the walls, the 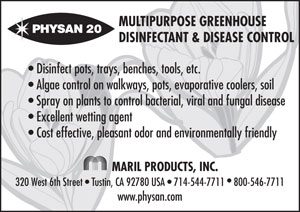 rate of transfer can vary greatly between different brands of media.

The size of the pores also plays a role, as small pores have a much greater surface-to-volume ratio than do larger ones. That increased surface area means the liquid has more pores and cracks through which it may pass, resulting in a more-rapid transfer of the liquid to adjacent pores.

So let’s relate all of that to a couple of often-observed phenomena during the first weeks following potting up the plant, either “the medium doesn’t wick well”, or “the reservoir empties really quickly”. They are actually both symptoms of the same thing – the medium trying to become fully saturated because it was not presoaked sufficiently before use.

Think of the particles as a bunch of little sponges piled on top of each other. They are going to absorb moisture until they are fully saturated, and only then will they pass on the excess to the “sponges” nearby. As in semi-hydroponics the liquid supply is at the bottom, the submerged particles will become saturated first, then “feed” liquid to those immediately above them, and so-on. That process removes liquid from the reservoir, and slows the apparent wicking action upward. Once the medium becomes saturated, the only loss of liquid are to the plant or through evaporation, to the entire system stabilizes.

This same structural implication can be applied to other inorganic media, as well including pumice, lava rock, diatomite, etc. and used to better understand the dynamics within the pot.