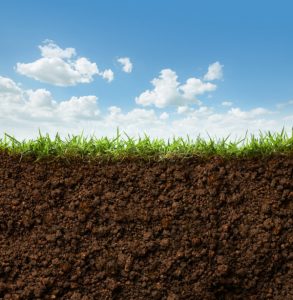 Living soils are simply the portion of the soil that is composed of living microorganisms. To be truly healthy soil must contain a variety of microorganisms. So, healthy soils means far more than just the absence of disease. Healthy soil means that soil contains all of the necessary microorganisms to create a balanced micro food web for the plants. While plants vary in their need for different microorganisms, the constant factor is the need for a vibrant mix of soil microbiology to have healthy, living soils.

There are three main types of soil microorganisms that will be discussed in this article; bacteria, fungi, protozoa.

Bacteria are prokaryotic, single celled microorganisms. Bacteria, through their ability to produce a wide variety of enzymes, are vital for recycling nutrients in the soil. Bacteria produce so many enzymes that they are sometimes thought of as enzyme factories. There are thousands of species of bacteria and they are among the oldest organisms on earth. Ecologically, many bacteria are classified as decomposers. That is organisms that “feed” on dead organisms and recycle their nutrients. Additionally, bacteria bind several compounds to the soil, including nitrogen, so that they will not leach out of the soil.

Fungi are a form of microorganism that creates several benefits to living soils. Fungi tend to hold soil together

and thus improve soil structure. Beneficial soil fungi consume some of the harder to digest materials such as the cellulose found in leaves and tree trunks. Fungi can have a symbiotic, mutually beneficial, relationship with plants. This mycorrhizal relationship allows some beneficial fungi to transfer vital nutrients directly to the plant roots. It is important to note that while many soil fungi are beneficial, there are also disease causing, pathogenic, fungi as well.

Protozoa include a number of microorganisms many of which consume soil bacteria. As a part of the soil micro food web, protozoa consume bacteria releasing the excess nutrients in a soluble form. It is this soluble form of the nutrients that is utilized by the plant roots. All the organisms we’ve discussed, bacteria, fungi, and protozoa, also help build micro air passages that allow air, water, and nutrients to move through the soil to the roots.

Bill Baugh is a product manager for Custom Biologicals, Inc. a manufacturer and distributor of innovative microbial products. You can visit their website at Living-Soils.com and he can be contacted at 561.797.3008 or Bill@Custombio.biz.