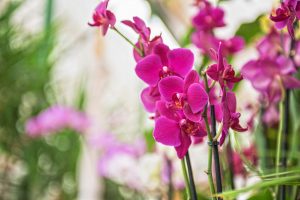 The benefits of the use of kelp in horticulture has been known for a very long time. In addition to fish, the Native Americans taught the Pilgrims to till kelp into the soil for better crop growth.

A few decades ago, when kelp products were first offered to the grower, very little was known of their modes of action and many claims were made, some unjustified as well as based on incorrect assumptions. One clear finding was that when applied at specific times and in specific ways, some products triggered physiological responses in crops. Back then, kelp products suffered from a poor reputation due to their inconsistency and confusing claims. As the decades passed new products were developed and greater science was applied to unlocking the truth behind their applications.

It is now known that the effects of kelp products can be explained by the presence of groups of plant hormones, namely auxins, cytokinins and gibberellins. Some will tell you of the theory of the “illicitor effect” in which the kelp application triggers responses on a cellular level, for example stimulating enzyme production or certain defense mechanisms. It is now known that not only is the mere presence of these hormones important, but also that differences in the ratios of the various groups will affect the response. For example, a product with high auxin content and high cytokinin content might cause an auxin-like response in one crop but cytokinin response in another. If on the other hand the ratio of auxin to cytokinin is high – even if their overall levels are low – an auxin-like response will be triggered in almost all plants.

Seaweed-based products are quite variable, depending upon the species of kelp used, how they are harvested, and how the active ingredients are extracted from them. Among all kelps, as many as eight natural auxins and 16 natural cytokinins have been identified. Gibberellins are also often present, but are so unstable that they degrade rapidly no matter how the materials are handled.

Structurally, kelp is made up of very tough cell walls that are resistant to rupture. In order to achieve breakdown of the cells to collect their contents most manufacturers use chemical or heat digestive processes, which leads to rapid degradation of the auxins, resulting in commercial products high in cytokinins. Many of the internal biological processes of plants – just like us – are controlled by hormones. Two of the more important classes of those are auxins and cytokinins.

Auxins are naturally produced at the apical meristem of a plant, that is, the “growth tip”. Those auxins flow down into the plant, where they play a role in:

It is that expansion of the root system that is of most interest, as it is the newly-growing root tips that produce cytokinins, and as they travel upward through the plant:

That last item, the stimulation of the growth tips, in turn releases more auxins and the process recycles. Each phase starts slow, builds to a peak and then begins to fade, like a series of overlapping bell curves. In most plants, a cycle takes about 14-21 days.

By the use of high-auxin kelp extracts, we “cut into” that natural cycle, pushing the plant into a “higher gear” if you will, accelerating all of those processes, giving us healthier and faster growing plants.

Understanding the Dry Line in Semi-Hydroponics for Orchids